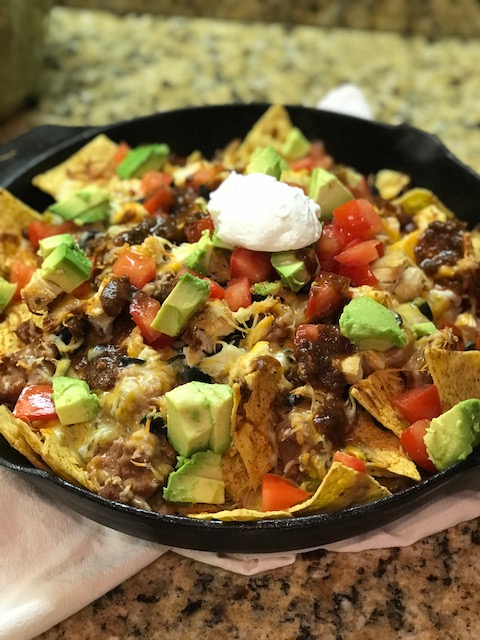 Instead of having Mexican food tomorrow (Taco Tuesday), I decided we’d have Mexican Monday. Well …. actually, Kylie decided – in a way. She said “Mom, can we have nachos tonight for dinner?” I said “I was going to make grilled cheese, but you can have nachos instead if you want.” She said that would be great, it’s National Nacho Day and she wanted to celebrate by having nachos for dinner. Until this afternoon, I had no idea there was a National Nacho Day! Nachos are not something I’d normally make for dinner, but it’s Monday night football and our favorite team, the Green Bay Packers are playing.

Kylie suggested a rotisserie chicken for our nachos. She wanted to shred the meat for her nachos. I chose to cut the chicken in cubes for the other pan of nachos. We have a lot of nachos left over, so, if any of my friends out there are nearby, are hungry, and want to watch the Packers, come on by ,,, I have food. Needless to say, Kylie and Dennis will be eating nachos all week long.

(Note: I used only the breast meat off my rotisserie chicken. I saved the thighs and drumsticks for another time.)

I wanted to make my nachos in a cast iron skillet, that I could place in the oven for a bit until the cheese melted. I thought it would be great to cook in the cast iron skillet, as well as serve the nachos out of the cast iron skillet. Kylie had another idea for the pan she was making. She wanted to use a sheet pan, lined with foil. (Actually, she wanted to use a skillet of mine that I didn’t want in the oven, so suggested the sheet pan, lined with foil.) When I was in Wisconsin a couple weeks ago, I noticed my Mom had a smaller size cast iron skillet. I think this is something I need to definitely invest in. Sometimes, you want a little less and not such a big serving. I’ll have to ask her where she found them. I bought the ones I have at Home Goods. I’ve seen really small cast iron skillets that you could use for a molten cake. Those would be perfect to have if you wanted to serve nachos to several people. It would be super cute to serve each person their own individual cast iron skillets filled with yummy nachos. Food for thought.

It was a lot of fun to work side by side in the kitchen with my daughter. She didn’t want “any seasonings or anything fancy in my nachos” – her words. She knew I just couldn’t put together something for dinner without a little seasoning of some sort. Apparently, she knows me well. Better than anyone, I’d have to say.

We heated non-fat, refried beans on the stove to add to our nacho platters. We started building our nachos with the tortilla chips. For the nachos I was preparing, I sprinkled a bit of chili powder over the chips. On top of that, we placed spoonfuls of the refried beans. Once the beans were strategically placed over the tortilla chips, we added a can of green chiles and half a can of sliced black olives. On top of that, the chicken went on. Over the chicken, we placed the shredded Mexican cheese blend. I decided to use lite cheese, instead of full fat. (I do this more often than not. You can choose to use lite shredded cheese or full-fat. It just depends on what you enjoy.)

Once the cheese was on, we layered the pan again starting with the chips. Kylie said “This is a little like making a lasagne.”

I placed the skillet (and Kylie’s sheet pan) into a preheated 350 degree oven for 25 minutes and our nachos came out perfectly.

Once they were done, I sprinkled fresh cut tomatoes and diced avocado, as well as a drizzle of salsa and a dollop of sour cream. I did put out a few jarred jalapeños for those that wanted a little heat.

We dished up our nachos and sat down to enjoy the Packer game. We are watching it now, as I’m typing this blog post. I have a feeling that the Detroit Lion fans are a bit happier than the Green Bay Packers fans at this point in the game. Who knows, there’s still a half a game to go. Come on Green Bay! Go Pack Go!! 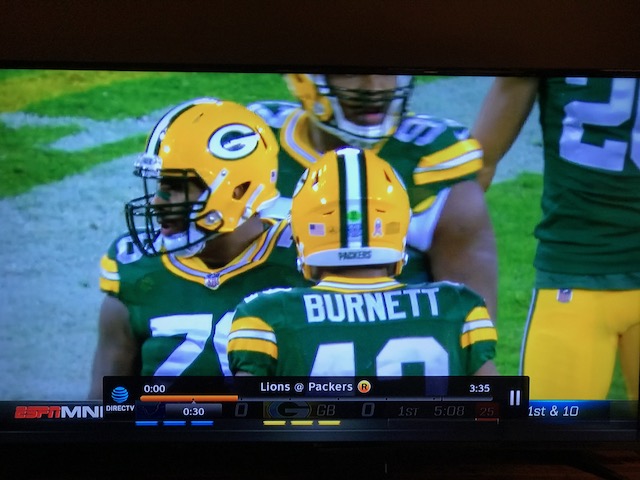 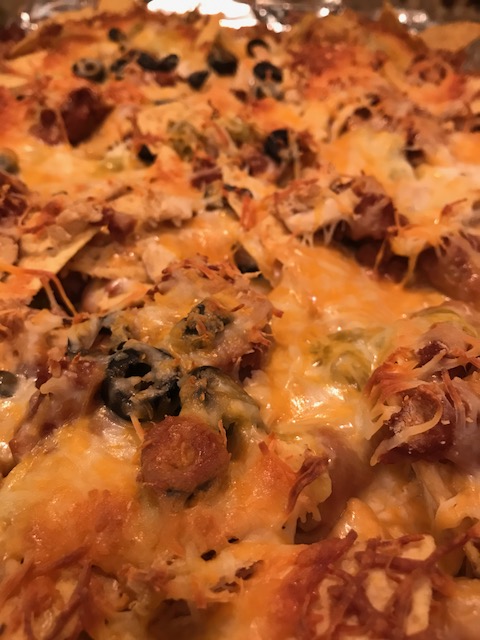 Cast iron skillet nachos on the left, Kylie’s sheet pan nachos on the right. Kylie did an amazing job on her nachos, they were perfect!

Ingredients (All ingredients are as much or as little as you’d like.)