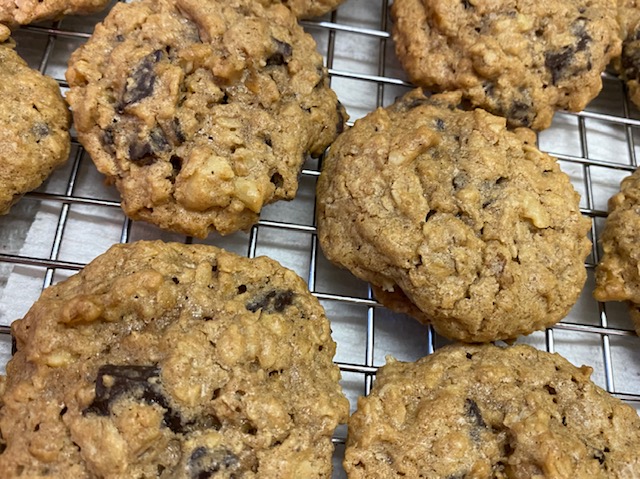 Yesterday morning when we woke up, Dennis said to me “I’m really looking forward to having some of the cookies you’re going to make me today.” I replied with “I’m making you cookies today?” But, actually, I was really planning on making Dennis cookies, only I hadn’t told him. I wanted to try and make a chocolate chip cookie of some sort with cinnamon in it, but hadn’t mentioned to Dennis that I was going to be making them on Monday. I guess that’s one reason we’re so good together. A lot of times, we’ll be thinking the exact same thing. It’s crazy. Maybe it’s because we’ve been together for about a million years … even though it still feels like only a few years have gone by. We started dating after my junior year in high school and have been married almost 33 years.

The cookies I made yesterday turned out to be one of my all-time favorite! My mother-in-law loved my chocolate chip cookies and would always ask me if I would ever consider selling them commercially. If I could figure out how, I would. That recipe I’m going to hold on to, just in case, but these cookies are just as good in my mind and if she was still alive, I’d be so excited for her to try these as well.

Sort of off-track, but a nice little story to share with you all. My Mother-in-law’s cousin, Mary Ann, had asked Dennis if we had a recipe for one of his grandma’s cookies that she used to make. I have two notebooks containing her favorite family recipes that she wrote for me. One, she gave me when we first started dating and I was in my first year of Community College. The other she gave me several years later, after we were married. I had so much fun going through those cookbooks in the last day or so searching for the recipe for Mary Ann. When I opened the notebook of recipes in search for the recipe Dennis’ mom’s cousin was looking for, the notebook opened to Nona’s oatmeal chocolate chip cookies. I thought that was kind of funny that I would open to her oatmeal chocolate chip recipe when I’d be blogging my new recipe later in the day. The recipe I’m sharing with you today is not my husband’s grandmother’s, but one I made up yesterday. I think Nona would be so proud of me, as well, for this cookie recipe. I wish I could share it with her.

I’ve been wanting to make a chocolate chip cookie that had cinnamon in it, so those were the two ingredients I had in mind when coming up with my recipe. 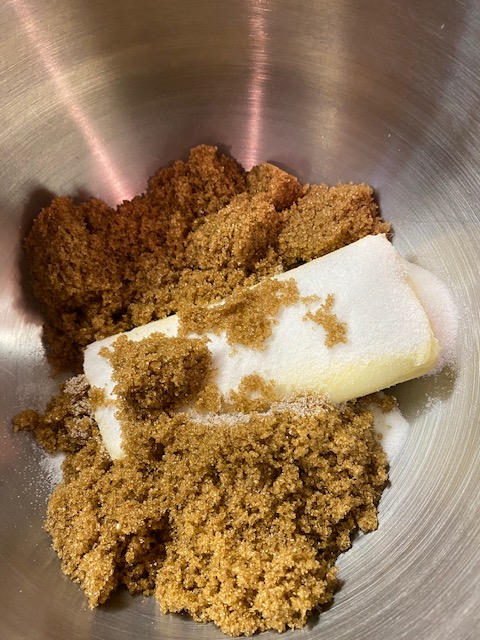 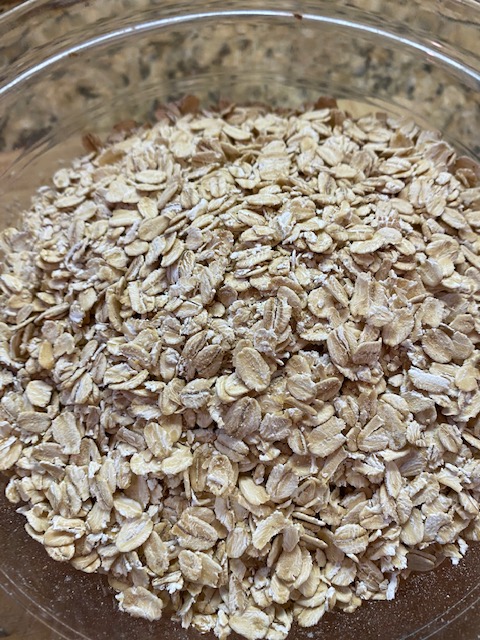 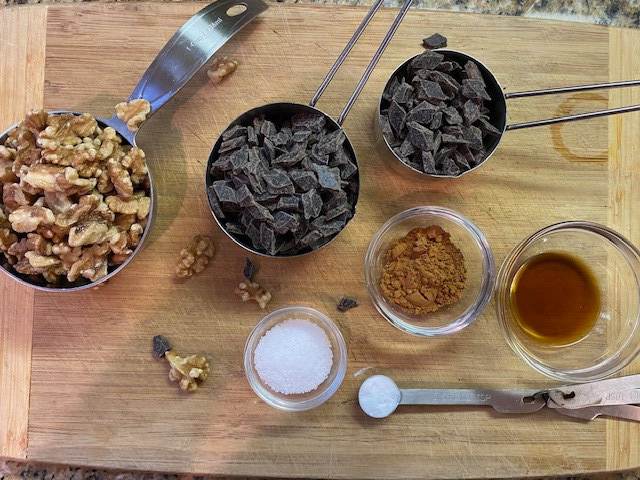 I started by creaming together one butter flavored crisco stick with the granulated and brown sugars. I then added the eggs, one at a time, to the creamed mixture, beating after each egg addition. Next, I added the vanilla extract and beat once again. 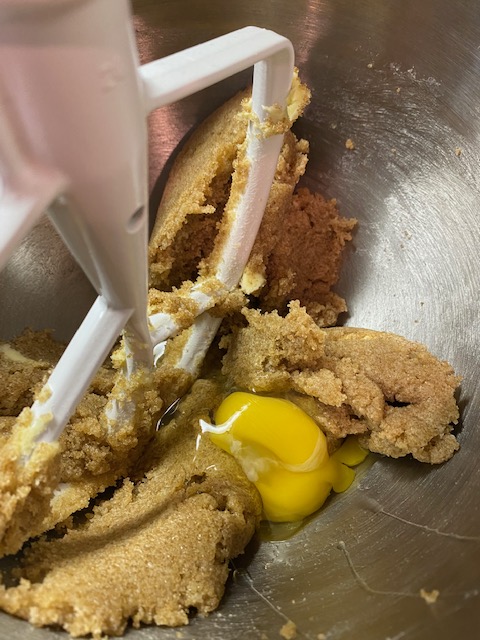 In a separate bowl, I had combined the flour, baking soda, salt and cinnamon. I added this to the creamed mixture and beat to combine.

Once the flour mixture was incorporated into the butter, sugar and eggs, I added the oats, chocolate chunks and walnuts and mixed well once more. 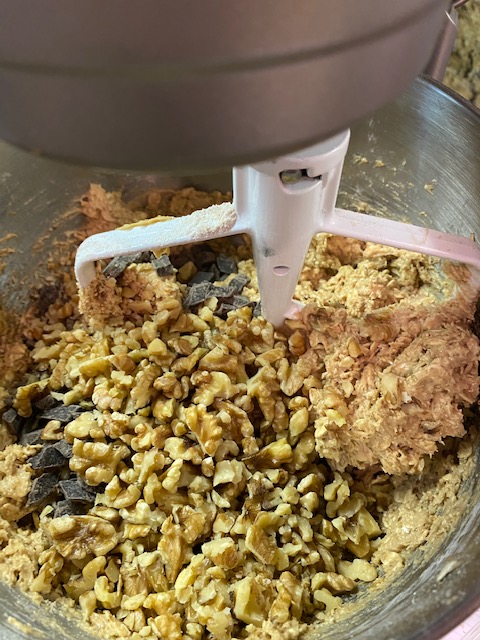 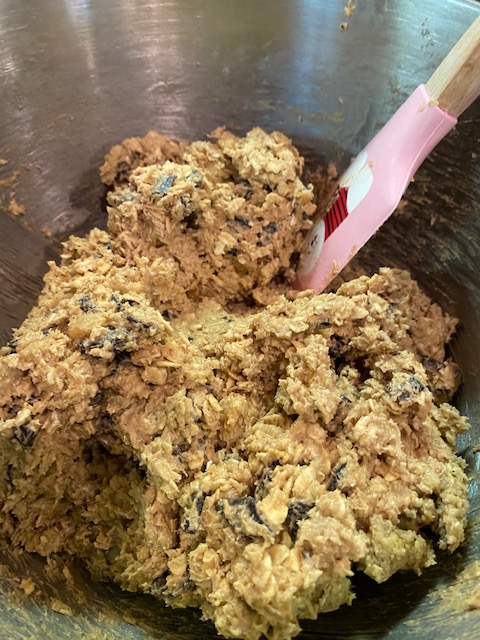 Using a cookie scoop, I dropped 12 cookies onto each parchment paper lined sheet pan and baked them at 325 degrees for 16 minutes. This recipe made 4 dozen cookies. 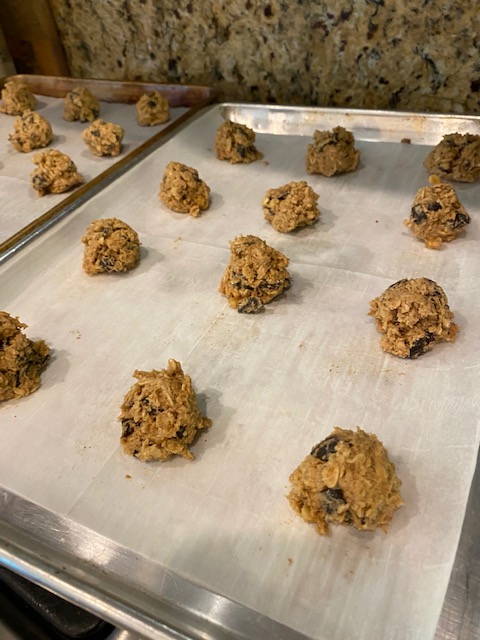 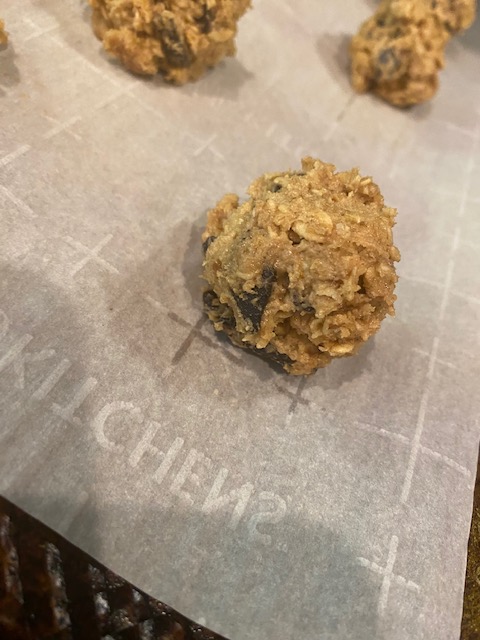 Kylie’s boyfriend, Jacob, said these were the most mouth-watering, delectable cookies ever. Thank you, Jacob!! 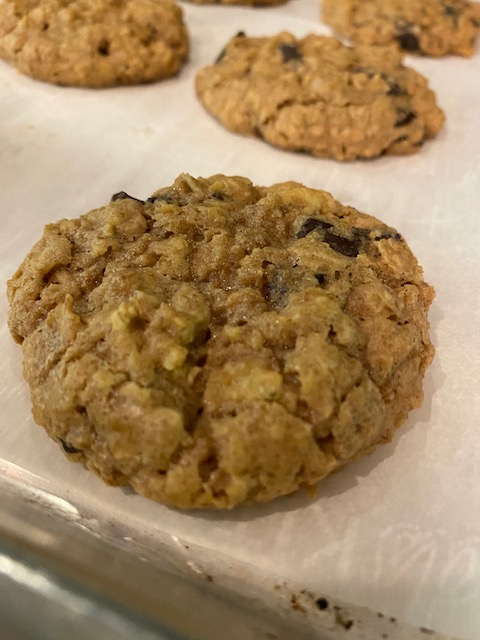 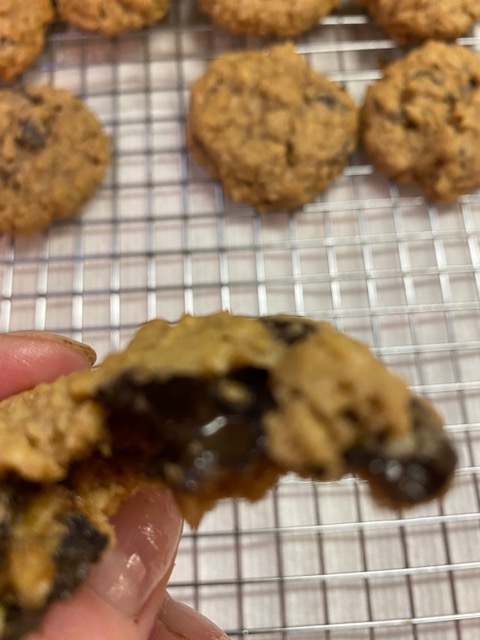 Oh my gosh, these were unbelievably good! I actually just had another one as I was writing this post. It wouldn’t have seemed right not to. 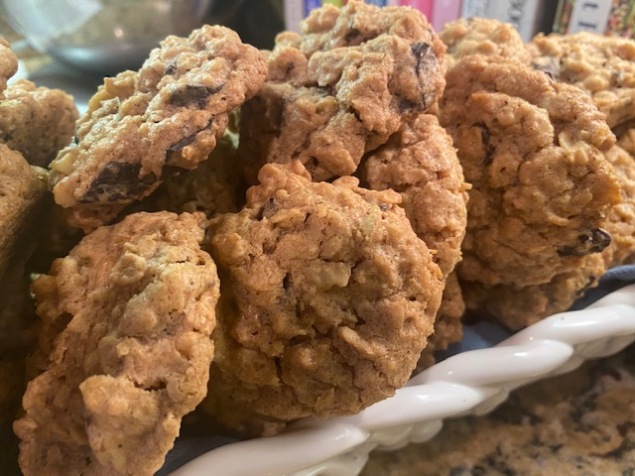 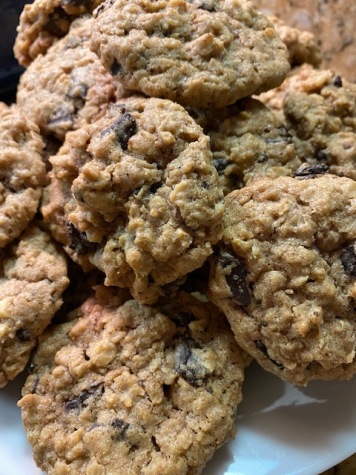