For tonight’s dinner, I debated ordering a pizza for dinner. I quickly nixed that idea and decided to make boneless pork ribs in the slow cooker. This was debatably the best idea.

I had a lot I wanted to get done this afternoon so wanted dinner to cook in the background while I completed some tasks I needed to get done.

I put a layer of onion and fennel (I included the fennel leaves as well) on the bottom of my slow cooker and placed the ribs over that. 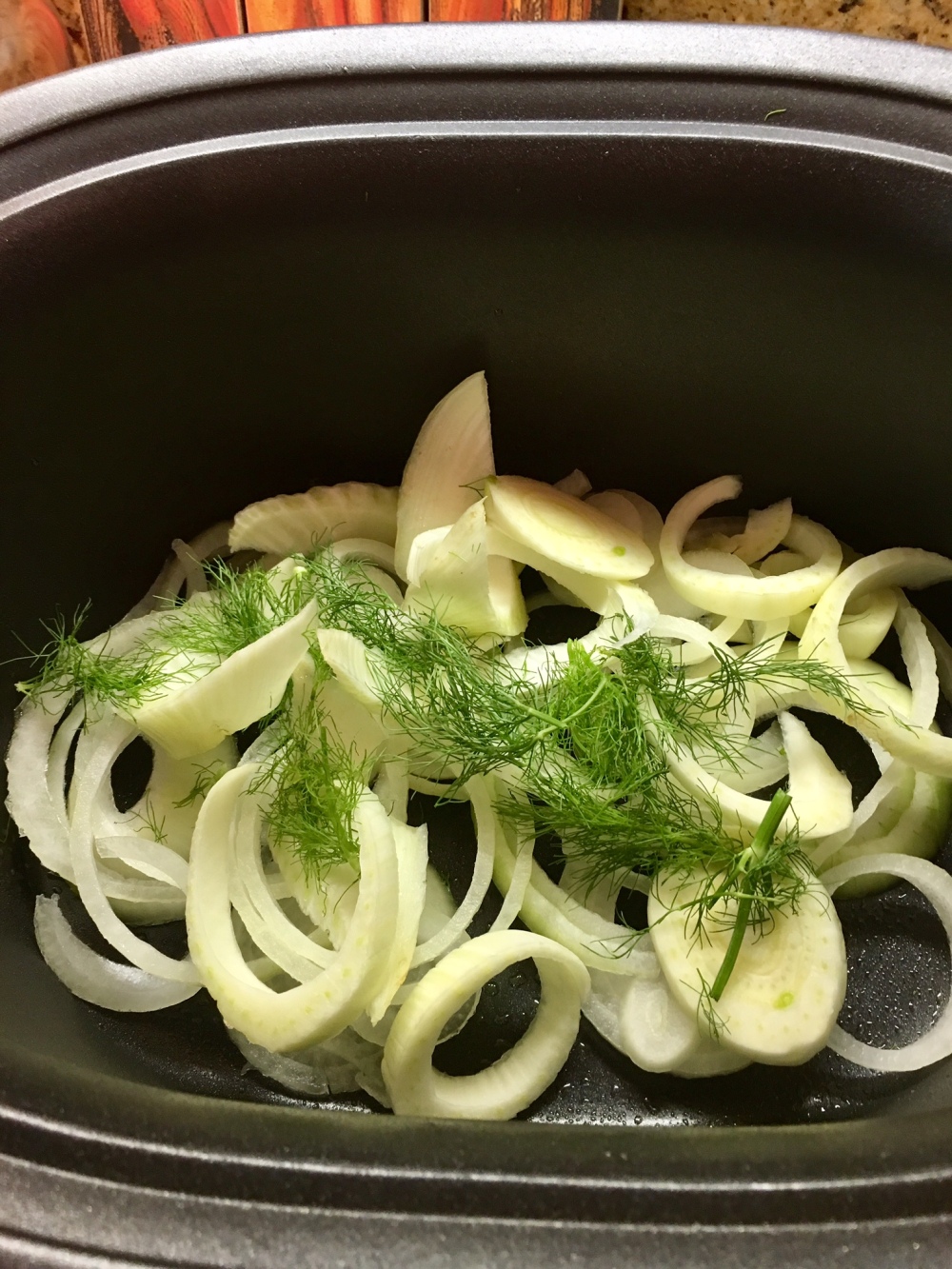 I sprinkled the ribs with kosher salt, pepper, and garlic powder. I added a thyme bundle and the zest and juice of one lemon. I included the lemon halves as well. 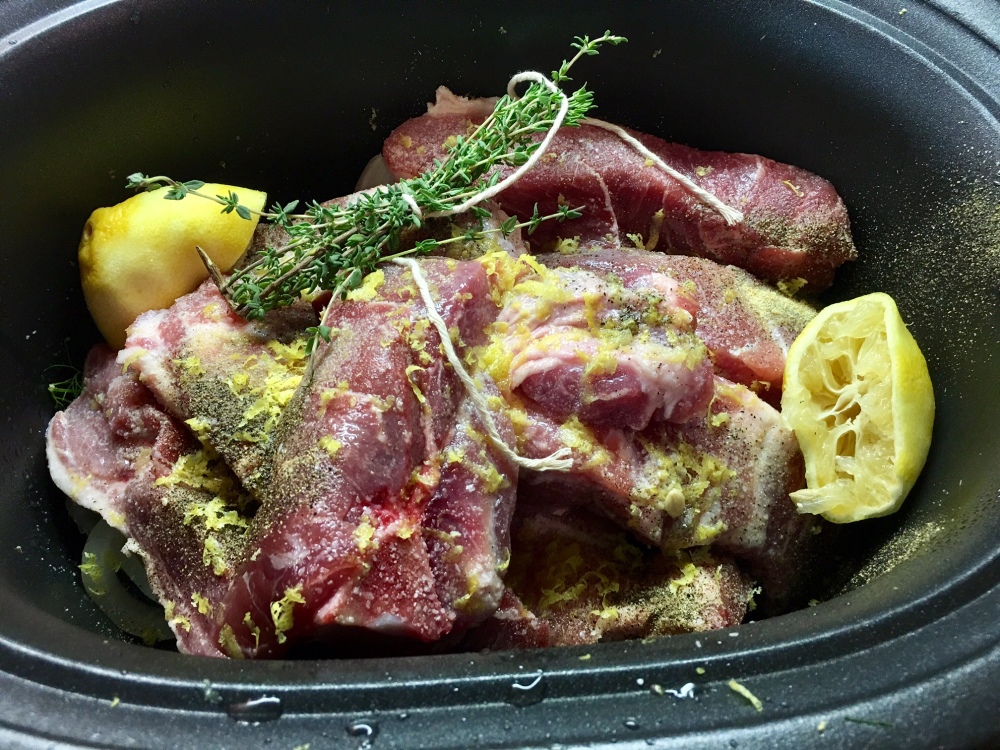 For the sauce I mixed a bottle of barbecue sauce (I used a sweet honey barbecue sauce) and 1 cup of orange marmalade and poured it over the top. 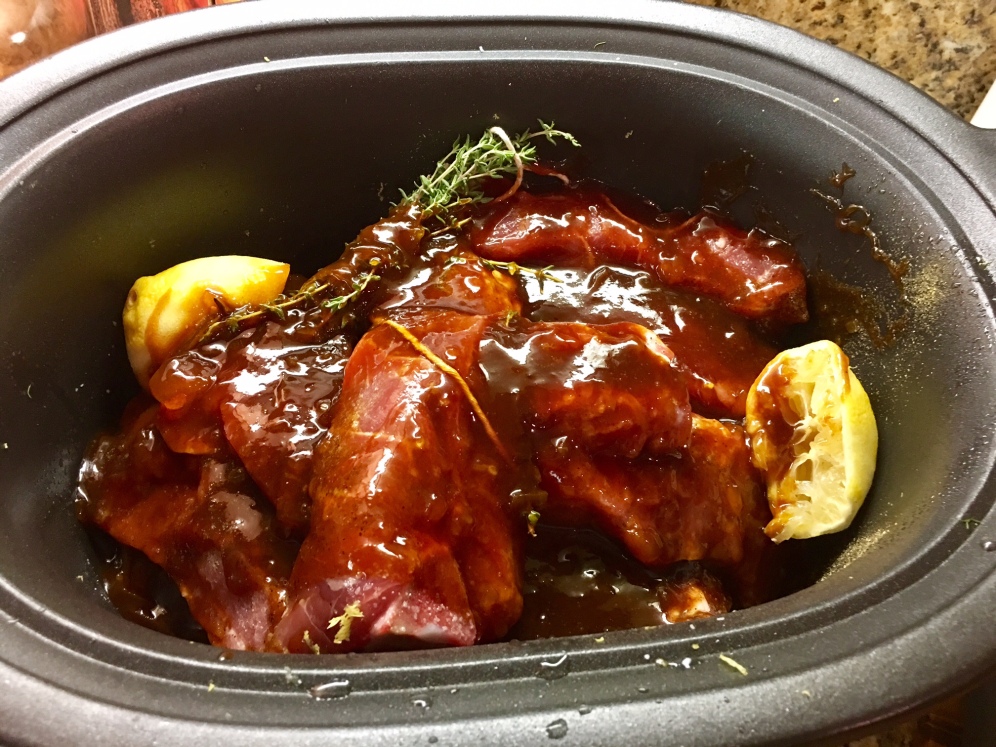 I put the lid on the slow cooker and set it to cook for four hours on high. 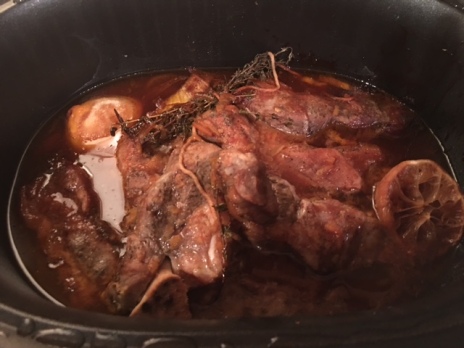 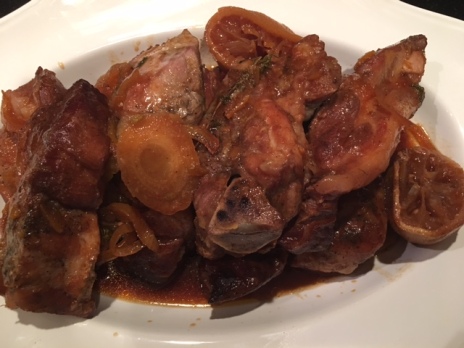 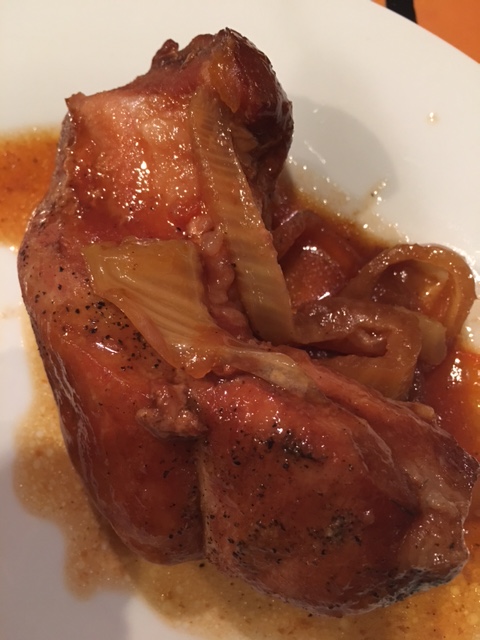 I made a corn bread to go with our ribs and will have a simple iceberg lettuce salad.

There’s no debate on which dinner was best for us tonight. It was definitely the ribs. However, I bet the local pizza restaurants are quite busy with lots of deliveries this evening.

2) Mix barbecue sauce and orange marmalade and pour over ribs.