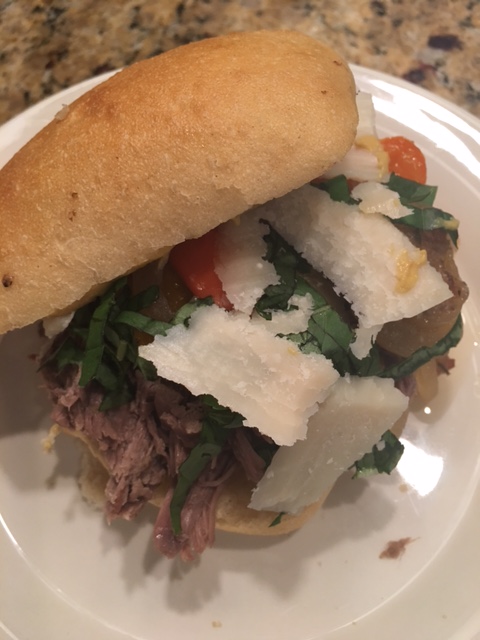 Last night I cooked a boneless beef top round roast. I started out thinking I would make a traditional roast with this meat, but ended up changing my mind and deciding to make sandwiches out of it. It was a great decision! My daughter, Kylie, even asked me to write the recipe in the recipe book I’ve started for her.

I started out browning the meat in my slow cooker insert on the cooktop. I seasoned it with kosher salt, pepper, and Sicilian seasoning. From there I coated the roast in flour and grated parmesan before browning it in two tablespoons of olive oil. Once the meat was browned on both sides – about 10 minutes total, I removed it from the pan. 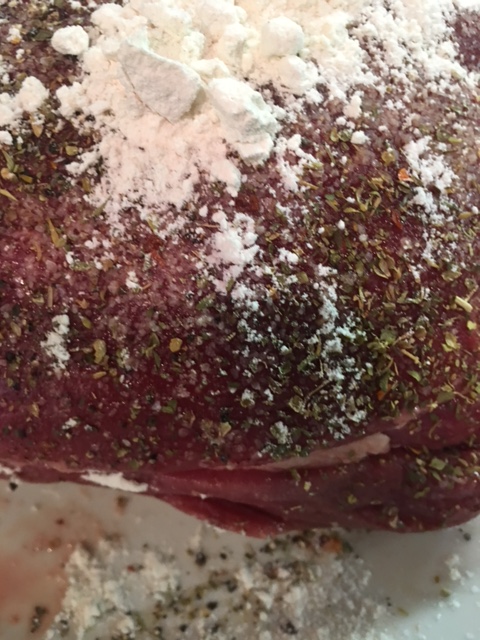 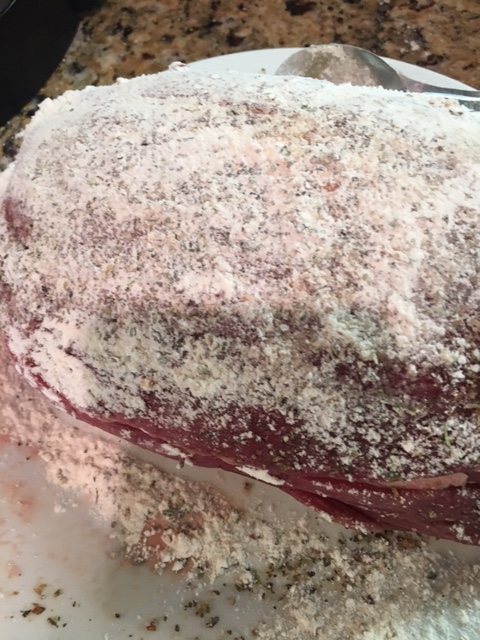 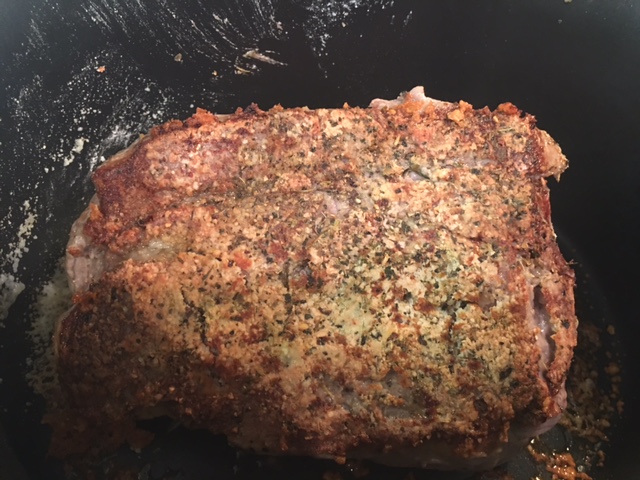 Next I added a half bottle of Pinot Grigio wine. As soon as I added the wine, the little brown bits on the bottom of the pan released, giving me little extra flavor bursts for the meat to cook in. After adding the wine, I added a bag of mini sweet bell peppers that I had cut the ends off of, and cut in half … I did leave the seeds in. 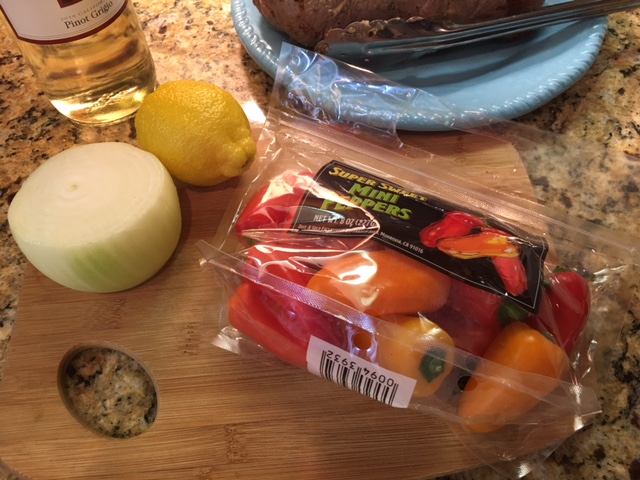 I also cut up a white onion to add to the wine, along with the zest and juice of one lemon. I threw the lemon halves in the pot to cook along with my meat. Next, I added my roast back into the pan and set the crockpot to cook for four hours on high. 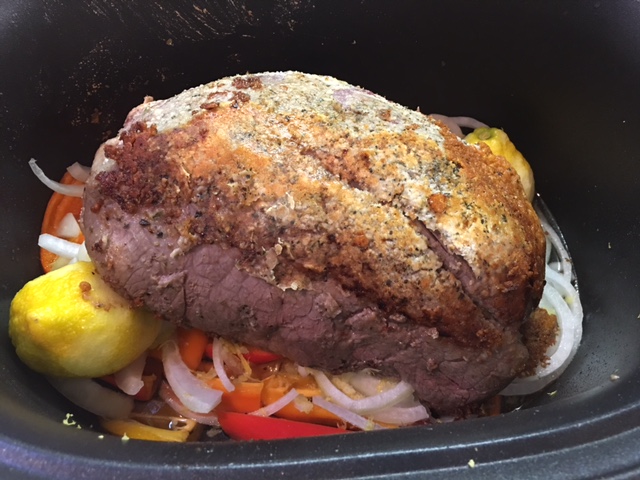 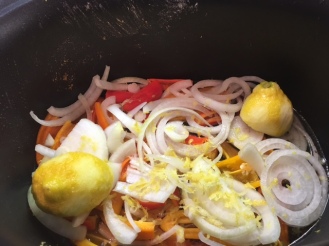 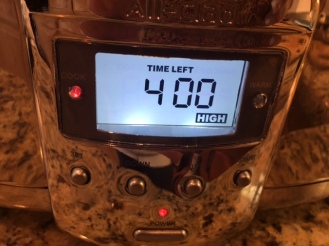 Once the roast was done, I shredded the meat and built my sandwich. I started by toasting my rolls and once they were done, I spread dijon mustard on both sides of the bread, placing the meat on the bottom half of the bun and topping it with the onions and peppers that had been cooking with the meat. I also spooned a little of the juice from the pan over the meat on my sandwich. From there, I added basil that I cut into a chiffonade and shards of parmesan. 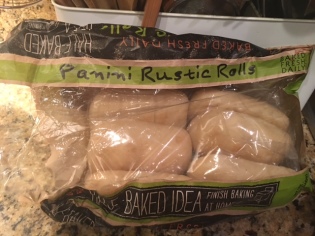 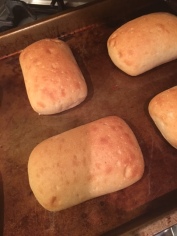 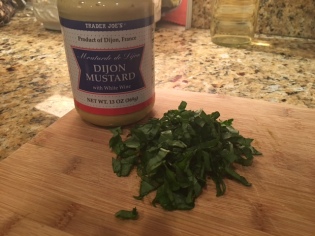 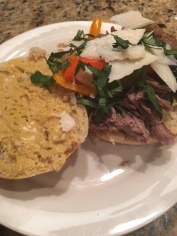 Kylie and Dennis both loved this dinner. It was simple, yet nice enough to serve to guests. Dennis is taking a sandwich to work with him for lunch today and there is enough left over  for Kylie and Dennis to have tomorrow night for dinner, while I’m enjoying my night out at book club.

Heat olive oil in crock pot insert or Dutch oven. Sprinkle salt, pepper, and Sicilian seasoning over roast. Rub flour and parmesan over both sides of meat. Place meat in heated pan and brown on both sides, about 10 minutes total. Remove from pan and set aside.

Heat your rolls for the the sandwich and spread dijon mustard over both halves of the roll. Place meat over the bottom half of the roll, topping it with some of the juice from the pan along with the peppers and onions. Add the basil and parmesan to the sandwich and enjoy!