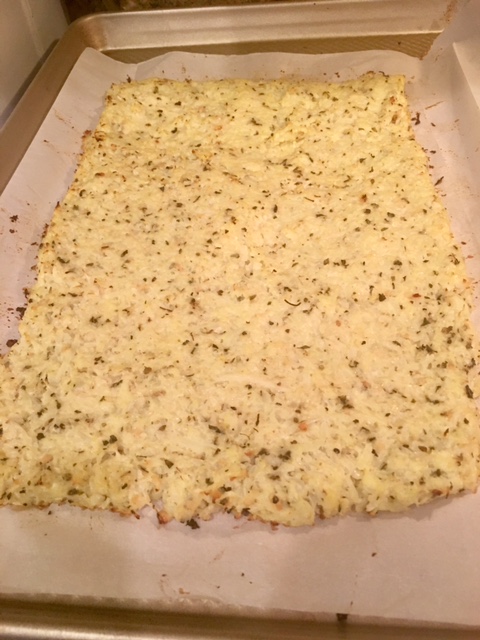 A couple weeks ago, we were with Kylie at her freshman orientation for college. They sent the kids one way, and the parents another. We each had our activities for the day. As Dennis and I were walking back from the campus tour, we saw a friend of ours, Kris. Kris was with her husband, Richard and called out to Dennis and me. Dennis used to coach their daughter, Marissa’s, soccer team and that is how we met. It was so nice to see a familiar, friendly face on orientation day! I’m not sure that Kylie and Marissa would recognize each other, they hadn’t seen each other since soccer. Marissa went to one of the high schools in our area and Kylie went to the other. Kris and I are going to get together with the girls before school begins to reintroduce them to one another. I know that both girls are going to have wonderful experiences at Cal State University San Marcos. (Go Cougars!)

We sat outside the student union and chatted while the girls were choosing their classes with the counselors in another building on campus. Kris mentioned that she had been reading my blog and asked if I could make something gluten free. I told her that I would love to make a gluten free recipe and mentioned that I had been meaning to try cauliflower pizza crust, which seems to be the rage lately. I’ve been putting it off since it seemed overwhelming, but now I had a reason to actually attempt to make a cauliflower pizza crust.

I’d be lying if I said this was a quick and non-messy process! Now that I’ve tried it once, however, I’m sure it will go quicker the next time. Don’t let that stop you from trying to make this crust on your own, it wasn’t bad at all. I did have quite the chuckle when I looked at my kitchen counter and it was covered in little pieces of cauliflower. I did have a good time making this crust … I really enjoyed myself on this one, it was like a party just for me in the kitchen this afternoon.

I started with a large head of cauliflower that I cut into florets.

I then fed them through the feed tube on my food processor and pulsed until I had cauliflower rice. I just used the correct blade for this process and it was super easy. You could also shred your cauliflower on a cheese grater if you don’t have a food processor.

As a side note, you can also buy cauliflower that has already been riced. I have seen it at Trader Joe’s and I have bought it there to make as rice. I placed a vegetable steamer in a large pot with about an inch or so of water in the bottom and brought the water to a boil. I added the riced cauliflower to the pot, placed a lid on it and steamed it for four minutes.

After the cauliflower was done, I placed it on a large flour sack towel and closed the towel around it. I squeezed all the excess liquid out of the towel. Note: This will be hot. I actually used a second towel to hold the flour sack while squeezing the water out. Once I felt all the excess water was out, I placed my cauliflower into a large glass bowl. To the cauliflower, I added 2 slightly beaten eggs, 1-1/2 teaspoons of minced garlic, 1/2 cup of grated parmesan, kosher salt, dried oregano, dried basil and a pinch of red pepper flakes. 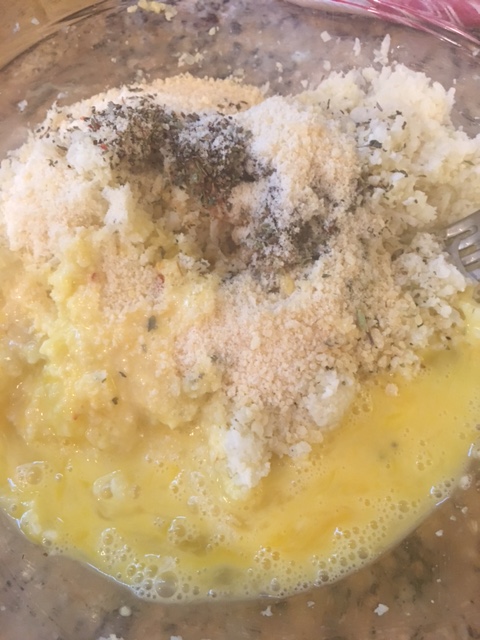 I mixed everything together and placed it on a rectangular baking sheet. You can certainly use a round pizza pan if you’d like. I then formed my crust.

Next, I baked the crust in a preheated 400 degree oven for 40 minutes. Check your crust after 30 minutes. 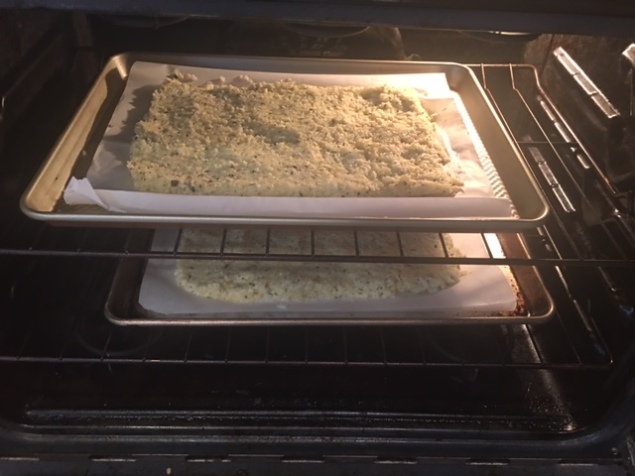 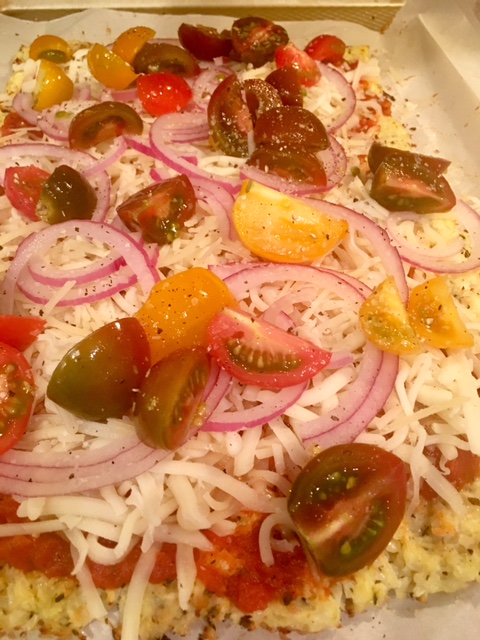 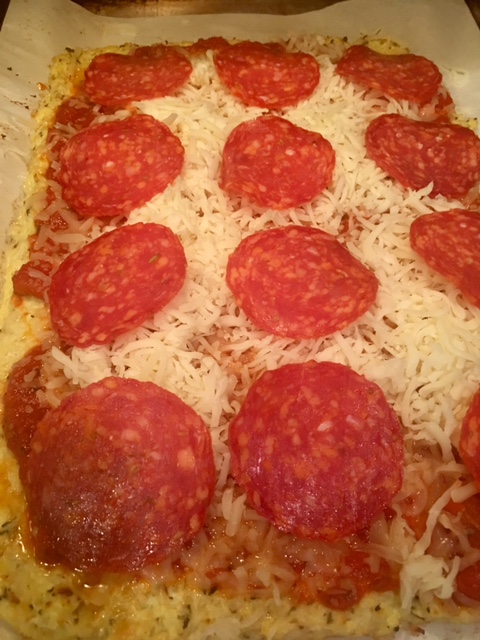 Return to oven and bake for an additional 15-20 minutes, until cheese has melted and started to brown. 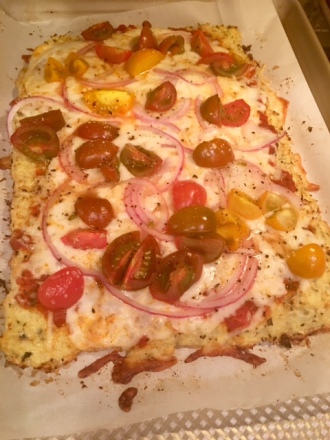 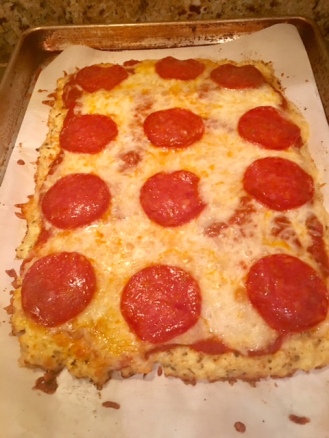