Winter is the perfect season for cooking a roast. We’ve been having quite the chilly and rainy weather in San Diego this week, so decided it would be the perfect day to cook a rump roast. As luck would have it, the sun was actually shining for most of the day, but that’s OK … it was still chilly out. A rump roast would still be the perfect dinner option for tonight.

I saw a recipe for a Santa Maria pot roast in a publication I receive from a friend every month that I was originally going to make for dinner tonight. As it turned out, I didn’t have all the ingredients, so made a rump roast my way and will blog that recipe for you tonight.

I started by combining a mixture of seasonings to rub over the roast. One of the ingredients in the Santa Maria pot roast was sugar. I decided to add that to my mixture as well … I thought it sounded so interesting. My spice blend included kosher salt, garlic powder, dried basil, dried thyme and sugar. I read an article the other day saying that pepper doesn’t always have to be paired with salt, so I left that off tonight.

I rubbed the spice mixture over the entire roast before browning it in a couple tablespoons of olive oil. 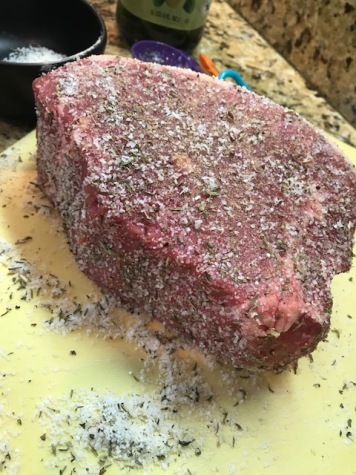 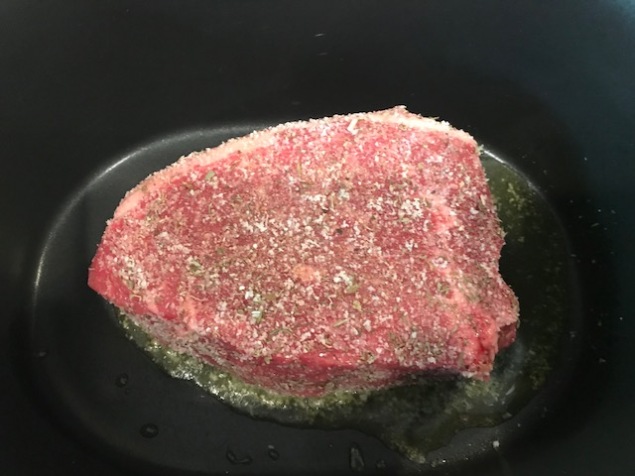 I browned each side for 4-5 minutes. After browning, I removed the meat from the slow cooker insert to a bowl to sit while I added my carrots and potatoes to the pan. 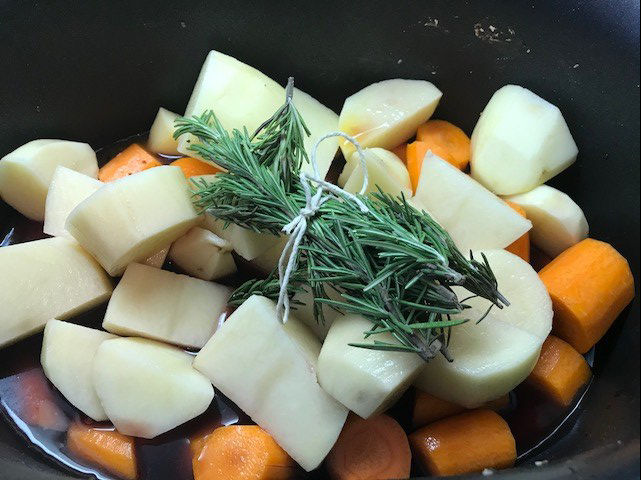 I then added a cup of low-sodium vegetable broth and a cup of red wine to the pot before placing the roast back into the slow cooker, on top of the vegetables.

The seasonings from the roast were enough to season the vegetables below while cooking, along with the broth and wine. I set the slow cooker to low for 8 hours and went about my day, visiting with my dear friends, Azita and Ethel.

Once the roast was done, I pulled the meat out of the slow cooker and placed it on a cutting board to shred.

I served it over the carrots and potatoes, along with a slice of crusty bread. My daughter loved this dinner so much, she asked me to add it to the cookbook I’ve been putting together for her over the last couple years. 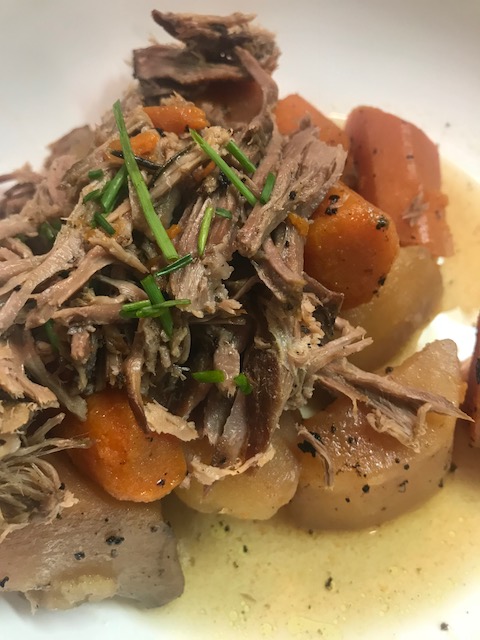 1 cup red wine, such as cabernet